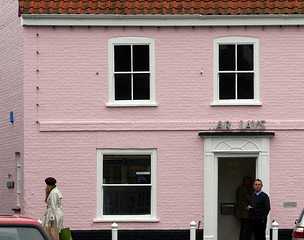 Against my better judgement, but somewhat inevitably given my levels of laziness and inertia, I now have two Barclaycards. They bought Egg and so bought me as well. This has kept me entertained on and off via several low-level email complaints (about their ridiculous security, the ill-planned migration of accounts which meant I had two different on-line sign-ins for a while, the misleading email warning of an impending payment when I have a Direct Debit to pay in full every time).

Lately I mentioned that their monthly payment email is useless, because it only tells me the minimum payment and suggests that I could set up a Direct Debit. I suggested that telling me the actual amount, and that it would automatically be paid, might be more useful. They replied that “Security Protocols” prevented them from putting that information in an email. I said in that case that there seemed little point in sending it.

This seems to have irritated them, as they called me on my mobile this morning at 08:54. From a BLOCKED number. A guy with an Indian accent* said he was from Barclays and could he ask me some security questions.

He seemed surprised when I said no. (I’ve already been through this with Egg, but at least they sent the phone number which matched the one on their website. Sadly, that can easily be spoofed but it’s better than nothing.) They have a “Security Protocol” which stops them putting my current bill in an email, but expects me to give away my account access to random blocked callers? I despair.

*I only mention the Indian accent because all the spam callers also have them, thus making it inherently suspicious.